Stone altars and Godly texts, Continuity of Use at Patrishow

In a remote valley on the edge of the Black Mountains is the tiny hamlet of Patrishow.   It's church, clinging to a narrow platform on the side of the valley, is said to be the site of a hermitage occupied by 'St Issui' and the church sits above a holy well associated with him.  Nothing is known of Issui, except his name. 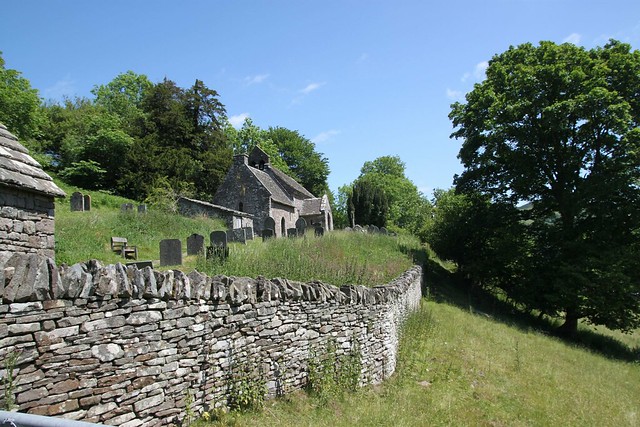 The church has a Norman core, but was rebuilt in the fourteenth and again in the late fifteenth or early sixteenth century.  Much of the existing fabric is late Perpendicular.   Attached to the west end of the nave and entirely separate from the church itself is an 'Eglwys-bedd' or church of the grave, a small chapel that may represent the site of Issui's cell and is said to be his burial place.  A squint above the altar gives a view of the interior of the church. 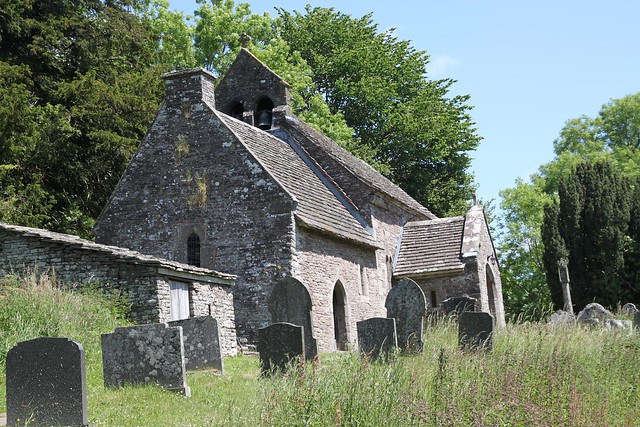 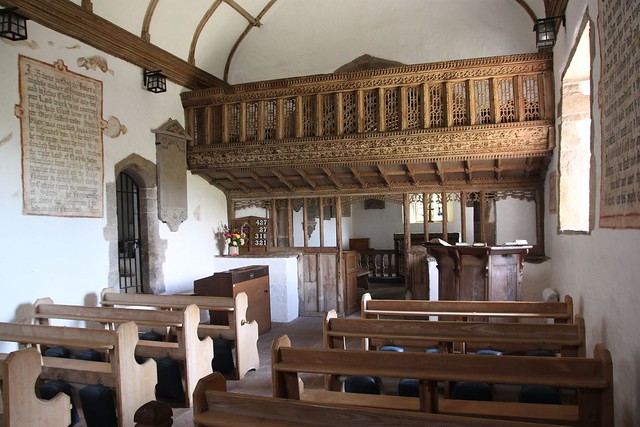 The great treasure of the church is the glorious rood screen dating from around 1500.  Although the rood group has gone, at Patrishow the rood loft still remains in place in defiance of the legislation of the reign of Edward VI and of Elizabeth I. 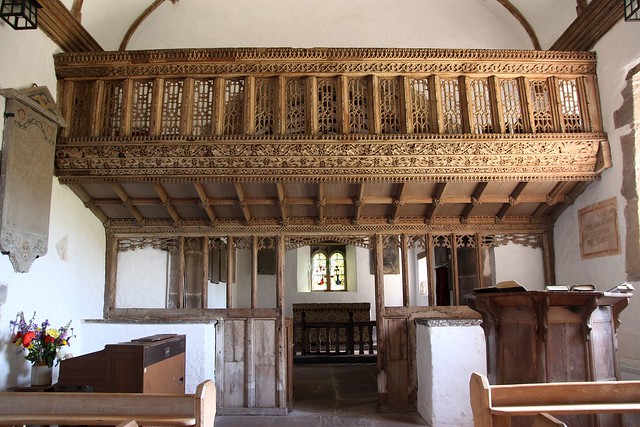 It's a glorious work a tour-de-force of late medieval woodwork.  The screen itself is somewhat inconsequential as it is dominated by the loft.   The front of the loft is supported by a thick bresummer, decorated with three rows of foliage, vine uppermost all issuing from two lively wyverns at either end.   The parapet of the loft supported on this bressumer consists of seventeen equal bays decorated with lacy traceried openwork.  There is more foliage and a cresting finish it off. 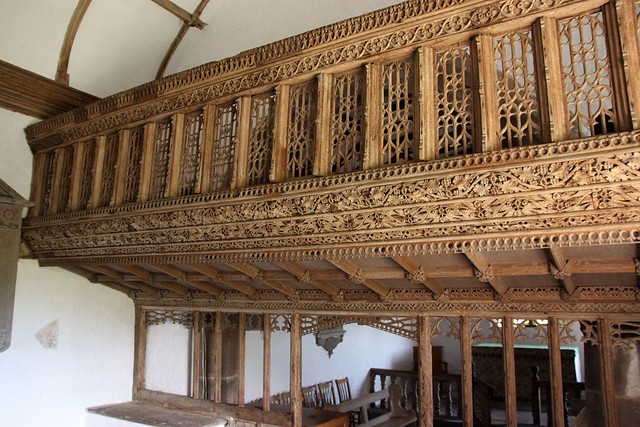 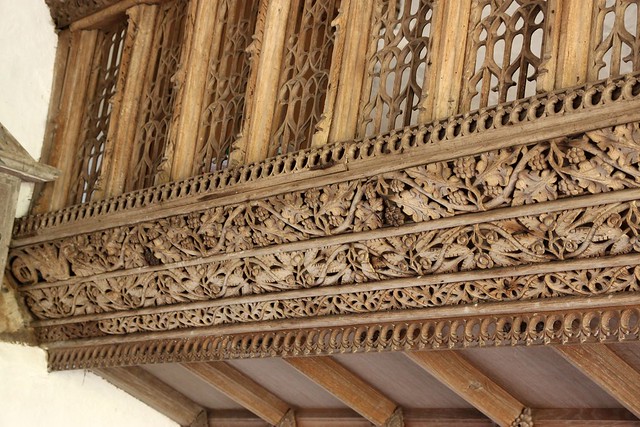 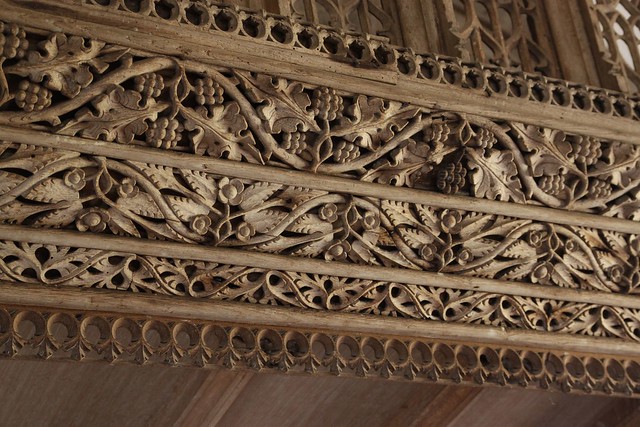 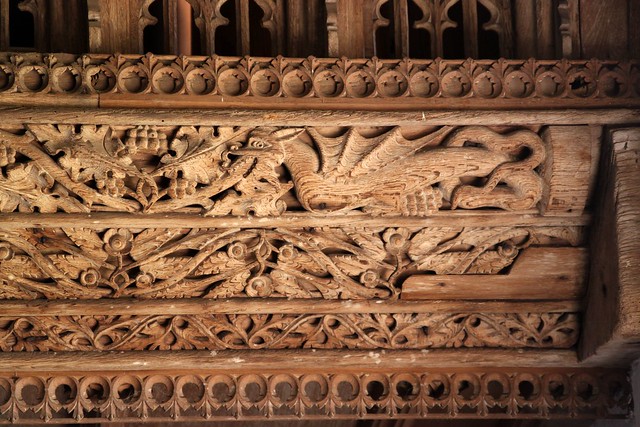 The screen alone is worth coming many miles to see, but there is more.   In my recent article on the Wellingham image of Pity, I made reference to the practice of placing side altars against the rood loft and how at Wellingham and elsewhere you can still see the shadow of where these altars once stood. Side altars were all swept away by the sixteenth century reformers at the same time as rood lofts were removed. 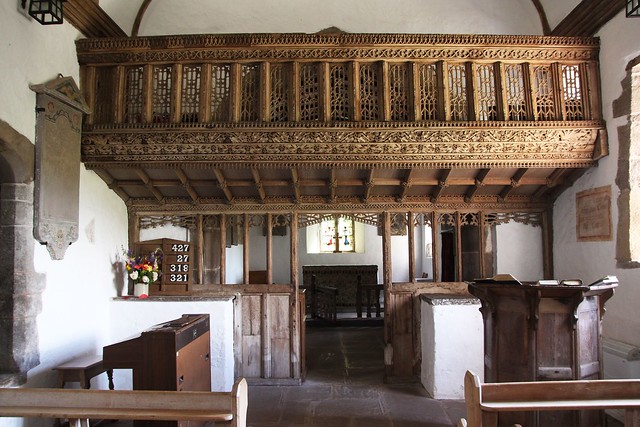 Except it seems at Patrishow, where the two side altars are still in place on either side of the chancel entrance.  Stone built they are complete with their mensae, still engraved with the crosses marked at their consecration.    Here at Patrishow rather than being built up against the screen, appear to predate the construction of the screen, with parts of the structure built upon the altar slab. 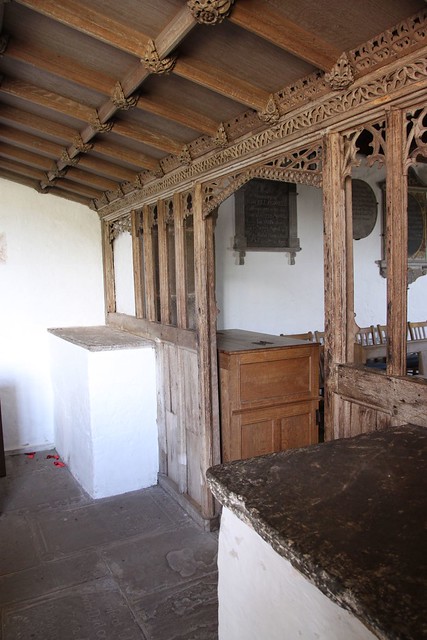 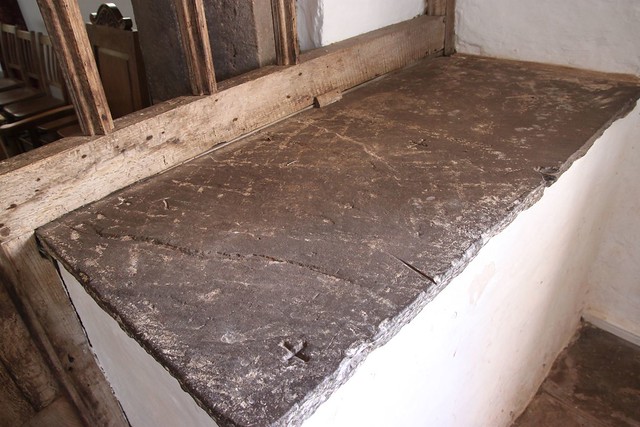 In the Eglwys-bedd is a third pre-Reformation altar, the squint above it communicating with the interior of the main church. 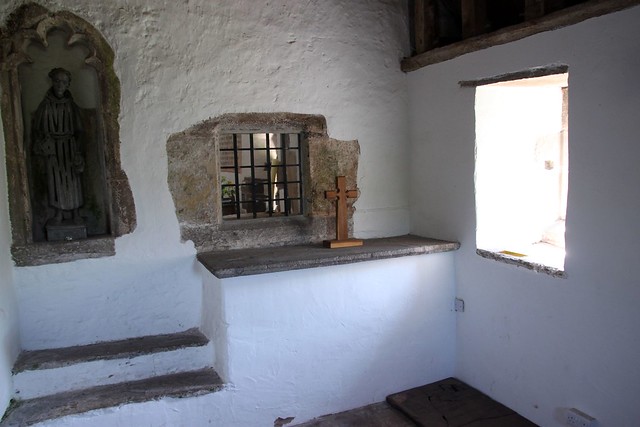 The survival of the loft and the altars is not an indication in any way that the Reformation didn't touch Patrishow, it did.  Around these relics of pre-Reformation worship, are furnishings that indicate a Reformed liturgical practice.  The high altar did not survive and was replaced with a communion table, it is railed in with rails of c.1640. 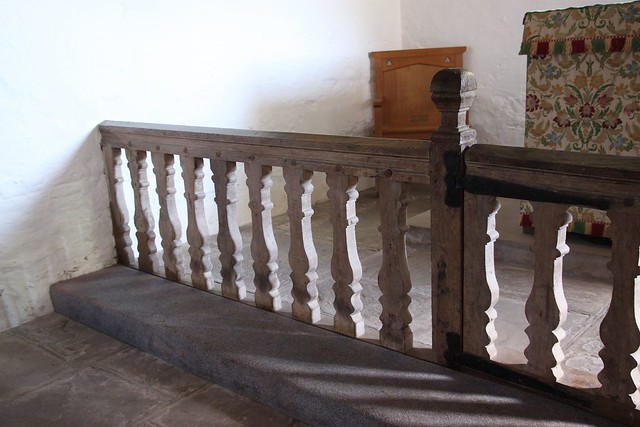 In front of the rood screen and obscuring one of the side altars is an eighteenth century pulpit, once part of a double-decker.  On the walls of the nave are painted the royal arms and images of the saints have been replaced with godly texts, at the back a moralising image of death.  Here the remnants of the old dispensation, unused but still cherished, sit side by side with the furnishings of the new dispensation. 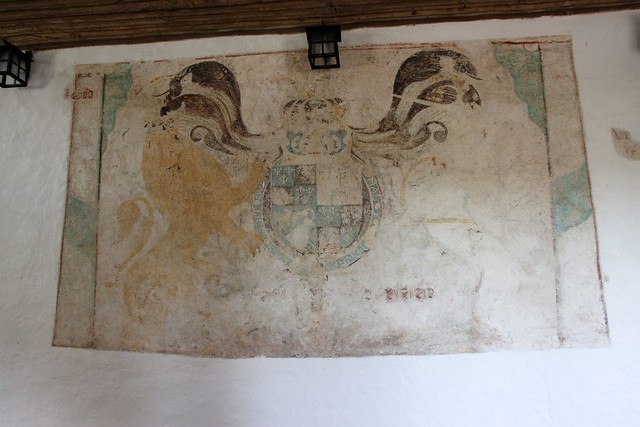 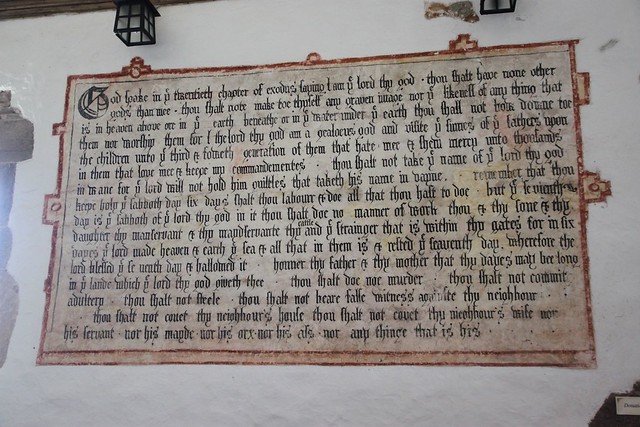 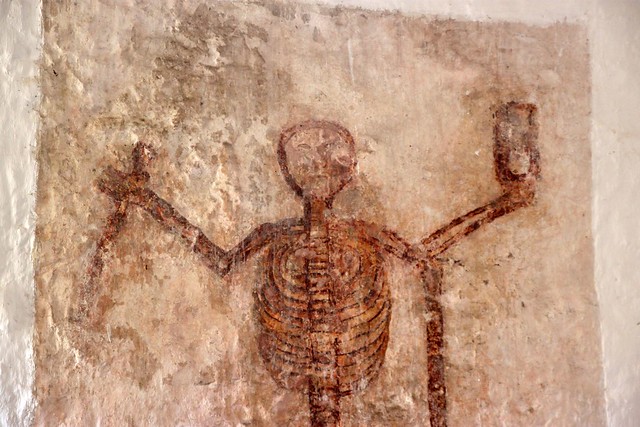 By the time the local yeomanry were erecting their charming eighteenth century monuments in the chancel of the church, it's probable the purpose of the loft and side altars was lost.  The loft was a pleasing backdrop to the preacher in the towering Pulpit - and the altars a utilitarian support for all that towering woodwork.  For us they are a satisfying and remarkable reminder that our churches have a extraordinary history of continuity of use. 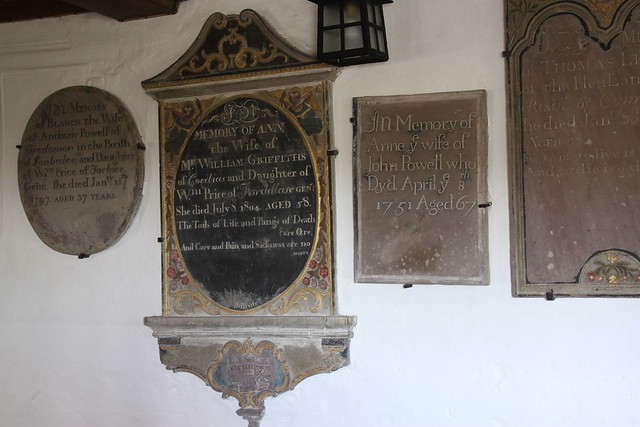